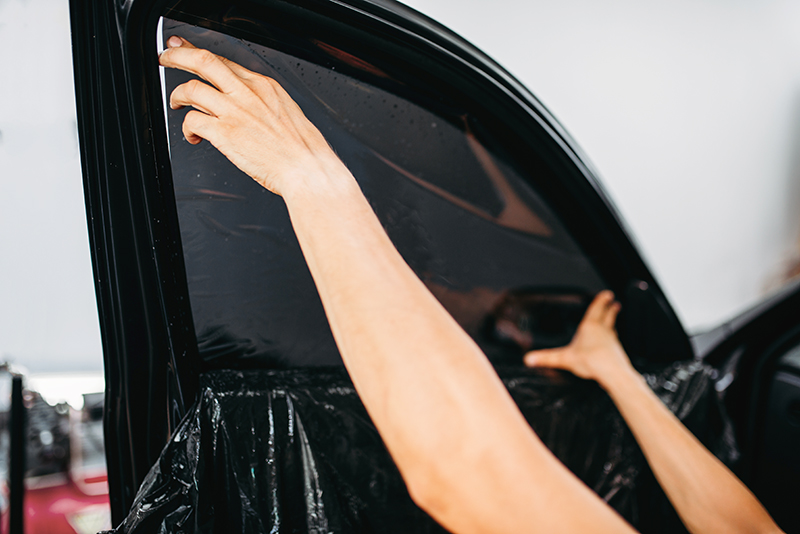 One of the most common concerns of car owners who are still undecided whether they should have their cars tinted or not is its hefty price tag. It’s true, car window tinting can be quite heavy on the pockets, especially for average earners who use their car as a utility, rather than a luxury.

Because of this known fact, many DIY car window tinting kits are made available in the market, capturing a wide chunk of the audience and target consumers. These kits usually include films that are ready for self-installation and application for car owners—without having a guarantee of making it right the first try.

With this undeniably cheaper option, will car owners really save money if they do it themselves? Or will it end up all messy, causing them to spend more in the long run?

Most DIY tinting kits sold in the market today—both online and in stores, are most often than not generic sized and shaped films. This means that you will be needing to cut them according to your window’s size and shape as precise and accurate as possible. It also involves having the right tools when cutting, and knowing the right techniques.

Add to that the fact that the chances of ruining it are high, the first trial would most probably be a disaster. So, you decided to try again. You thought that it would be easier, but removing window film is much more difficult than applying it, due in part to the sticky adhesive used to apply it to the auto glass.  Keep in mind that once window tinting film has been applied to a window, it cannot be taken off and simply returned to the store. Starting from scratch would probably require you to buy a new kit. Most probably, when you decide to DIY your car tinting, it is your first time to do it. The room for error is bigger because more likely than not, you’re just winging it. For a first-timer, window film in general is hard to work with.

Mastering the installation of car window tints perfectly requires a vast knowledge and an ample years of training. Having said this, businesses that do car tints for a living do it perfectly crediting the number of times they have done it, the knowledge of different techniques on how to apply it, and the hours of training they have undergone to perfect the job. An experienced professional will use a higher grade film and ensure that it’s applied without creases, crinkles, air bubbles or debris.

Another important thing to consider is the UK tinting law. It is a sad fact that not all car owners are aware of the existence of this government-mandated rule. The government is very specific and strict when it comes to laws concerning car tinting. Just to be safe, it would be best to have your car professionally tinted because companies who do this for a living know the do’s and don’ts, with considerations of the regulations. Most professional window tinting companies make it their business to say up to date on window tint regulations.

Say that you’ve done it and applied the tint films on your car windows on the first try. Now what? Do you have enough information on what to do next? How long should you leave it on? How soon can you roll your windows down? Are there new rules when it comes to cleaning it? More work has to be done after the tint installation. Car owners may find that there is some moisture remaining between the film and the glass after installation which causes a hazy, streaky, blotchy appearance. It is just normal as it usually takes several days for the adhesive/film to completely cure or completely dry. The remaining moisture will evaporate through the film; depending on the type of film, this process may take a couple of days, or even a couple of months.

A lot of stores sell tinting DIY kits, and if you are a little adventurous and a fast learner, maybe you can give it a go. With all the available DIY Car Tinting kits offered in the market today, it is tempting to just tint your car on your own instead of leaving the job to professionals. Although a DIY window tint is generally less costly, it definitely pays dividends to invest in professional installation.

Although DIY car tinting is an option for everyone, and undeniably the more affordable one, it is not really advisable. The chances of ruining it, spending more and having a difficult time is higher, compared to the comfort and convenience of just leaving it to the professionals.

Many people think that they can save some money when they opt to tint their car windows on their own, but how hard it is really? The truth is it is not easy. Window tinting is a tedious and meticulous and painstaking that requires a lot of time, care, and attention. There is little margin for error and getting it wrong just means spending more.